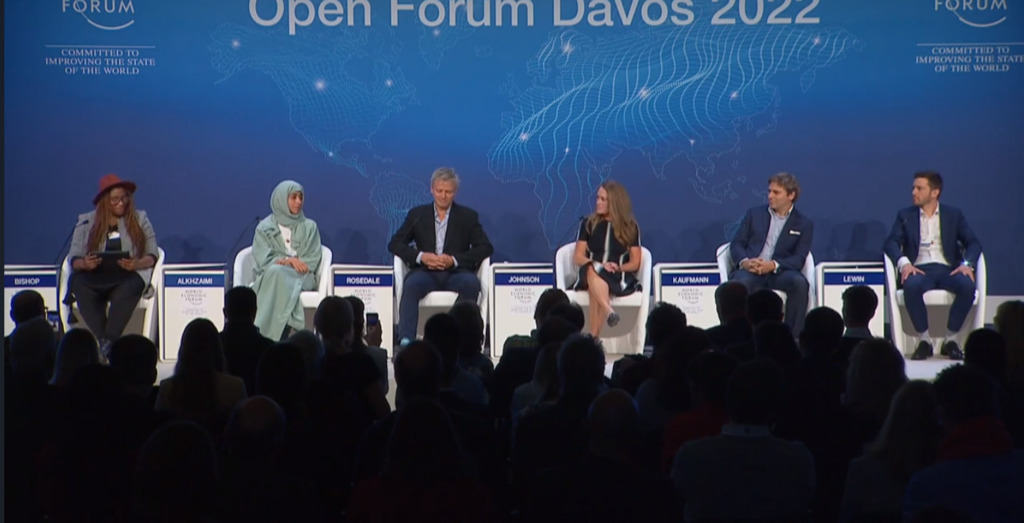 Metaverse and Web3 dominated the discussions on the fifth day of the ongoing World Economic Forum (WEF).

The key point of discussion revolved around the building blocks and future prospects of the metaverse. The panelists discussed the technical aspects, security and role of human sentiments in building a sustainable augmented reality-based digital world.

On a question about the developments around the metaverse, Peggy Johnson, the CEO of augmented reality development firm Magic Lap said that the building blocks are in place, even though, “It is in the early stage but innovation is certainly progressing towards a digital future.”

She went on to cite the use of augmented reality in the medical field and predicted metaverse would make complex jobs easier across different fields of work.

Lego Group VP for global affairs talked about building a future for children in the metaverse. He said:

“One in three people using the internet are young adults and children, so I would really focus on building from kids’ perspective, given they are the future users.”

He went on to add how augmented reality can change the way children learn today, citing the example of a volcano. He said, learning about a volcano through a two-dimensional book and seeing it in augmented reality are two vastly different experiences while adding, “it could be a great way for learning for future generations.”

New York University – Abu Dhabi assistant research professor Hoda AlKhzaimi believes the metaverse will be a place of “interconnectivity for knowledge and resources. ” She also stressed the need to rebel against the current systems to build a formidable digital world. She said:

“We need to rebel against the existing technological system be it the current computer codes or rules to build a formidable metaverse.”

Mindfire Foundation President Pascal Kaufmann said metaverse will be inclusive and disruptive while adding that it will be a place for revolutionizing science.

The panel agreed upon the need for building a place that prioritizes the privacy and security of individuals and allows them to be whatever they want to be.